When it comes to social media there are two platforms that stand head and shoulders above the rest in terms of user numbers – Facebook and Twitter. In fact, the numbers are staggering: earlier this year Facebook claimed it had 665 million active users every day, while Twitter users easily send over 400 million tweets every day. With such a high level of engagement, it’s no wonder that companies wanting to reap the benefits of a social media campaign most often turn to these services. However, while companies might find it easy enough to decide that the likes of Instagram and Pinterest aren’t for them, they often find it much more difficult to make the final decision about where their priorities should lie – should they aspire for likes or follows, comments or tweets?

Before we take a look at how companies can decide which of the two social media platforms is best for their business, you should remind yourself that you shouldn’t automatically assume that your business needs to be on Facebook or Twitter. Previously we asked whether your business should be on social media, and by looking at the facts we established that while social media can be a powerful force for certain businesses when used effectively, there was no guarantee that social media would help your business grow.

Many businesses come to the simple conclusion that since Facebook has more active users than Twitter it must be the better option. After all, why spend your time and energy tying to sell your product to a large group of people when you could try selling your product to an even larger group of people? If that sounds unrealistically simple it’s because it is.

It’s worth remembering that Facebook was originally set up as a way for Harvard students to stay connected to each other. The service then gradually opened up to other university students, high school students, employees of certain companies, and finally the general public before eventually business pages became a common sight. For many people Facebook is primarily used for staying in touch with friends and family. They may like a business page to show support or because they identify with the company’s brand, but ultimately they may not be too interested in actually engaging with a business page or sharing its content.

On the other hand, Twitter has been available to all – businesses and individuals – since it went public. The more open nature of Twitter also means that it’s acceptable to tweet or follow people you don’t know; the same type of activity on Facebook is considered by some a little strange. The different way that many users subconsciously understand the platform they use means that any advantage Facebook has from its larger user base may be diminished somewhat.

While some Facebook users may not be too keen to interact with businesses, those that do can have a very fulfilling experience thanks to the level of customisation that a profile allows. Sharing pictures, videos and blog posts on Facebook is much easier than on Twitter, allowing businesses to keep hold of their audience’s attention for longer – this is why social media experts talk about Facebook being able to offer a much more engaging experience. The profile page of a twitter user on the other hand displays minimal information, and an external link to your website is often the only way you’ll be able to offer Twitter users a more engaging experience.

Your company page on Facebook can also take advantage of apps, which allow you to really customise the experience for Facebook users, allowing businesses that really want to invest time and effort into the platform to stand out from their competitors. Apps are particularly useful for two reasons. Firstly, you can use them to gain information about your customers, perhaps by having them enter a competition or sign up to your mailing list. More significant, however, is the fact that you can sell to your customers directly through Facebook using one of the store apps.

The importance of integrated selling

The ability for a user to purchase directly from your Facebook store shouldn’t be underestimated. A well-known principle of ecommerce states that to increase conversion you need to ensure customers don’t become visually alarmed during the transition from browsing to checkout. Having to send a potential customer away from Facebook may cause them to hesitate for a moment, giving them a great opportunity to change their minds about making a purchase. While Twitter has no such online store and simply can’t contend with these features, it doesn’t necessarily mean you should give up on tweeting just yet.

At the end of July Facebook shares finally reached their floatation price after initially doing so poorly on the stock market. The reason shares soared was all due to an increase in profits brought about by mobile ad revenue. Facebook is able to make so much money from advertising because companies love how targeted it is. If your company sells sports equipment you can choose to advertise only to those that have themselves shown an interest in sport, increasing the chances of your advert being seen by a potential customer.

Of course, anybody that’s ever used Facebook knows that occasionally these adverts may miss their targets, but there’s no denying that this type of advertising is so much more effective than many other options. Being able to integrate targeted advertising with your own Facebook page, which in turn has its own store could have a huge impact on your business. While Twitter announced in July that it is experimenting with ways to target its ads more effectively there’s no doubt that once again Facebook has the upper hand in this arena – for the time being at least.

While Twitter might not be the best platform for making direct sales or advertising to potential customers, its ability to generate positive PR is tremendous. For a start, with the number of celebrities actively using Twitter it’s become much easier for businesses to get celebrity endorsements. One tweet from a celebrity and your product has the potential to reach thousands of people, giving your business valuable exposure.

Another way Twitter can be used effectively is to respond to customer feedback. Whether replying to a customer that’s had a positive experience with your company or reaching out to another that’s had a bad experience, being seen to respond shows that as a company you care about your customers. If your company isn’t on Twitter anything negative said about your business by someone will be left unanswered and assumed to be true. Just remember that when responding to someone on Twitter you should ask them to contact your customer services department directly by email, rather than having a conversation which allows the details of the dispute to be published publicly for the world to see.

While Twitter may not have the extensive features that Facebook has this can be a bonus for some companies. It ensures that a social media campaign is focused on talking directly to customers, eventually persuading those customers to make the leap to your company website rather than always engaging through a third party. Once the user has made the migration to the company website you’ll be in a better position to dictate the tone of the conversation, giving you a better chance at converting them into more loyal consumers.

Companies having a hard time between deciding whether to use Facebook for its extensive features or Twitter for its ease of use do have a third option: using them both – after all, both services are free to use. However, this will require more time spent getting to grips with the different platforms before being able to create and then maintain a social presence. If you are going to use both platforms it’s essential that the tone and look is as unified as possible to create a professional appearance

Just remember, it’s always better to focus on one service and get it right rather than waste your time developing two ineffective ways of reaching out to your customers. 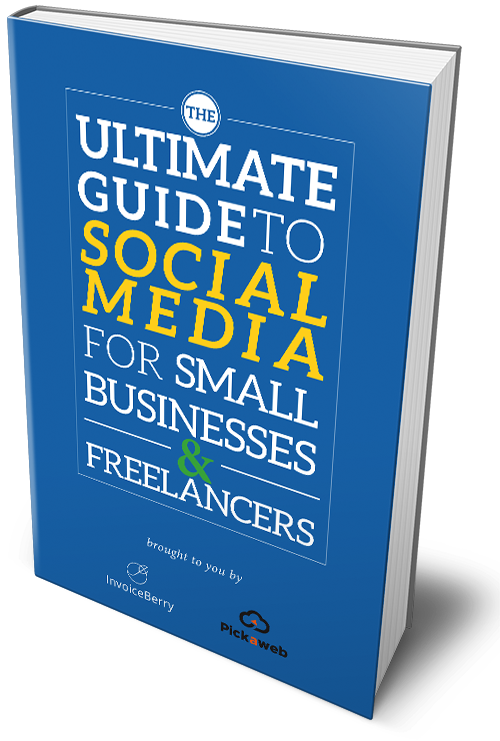 Facebook Graph Search: How You and Your Business Can Benefit From It

How to Boost Your SME & Freelance Social Media Presence

Ready to start invoicing your clients with InvoiceBerry?

Carpet cleaners earn well. But there are so many of them that the competition is getting huge! If you start...